The Billfish Foundation is recognized globally and has continued to distinguish itself from other fish conservation organizations through a sustained emphasis on synthesizing science and policy into effective, yet reasonable, fishery management solutions- solutions that are good for the fish but not punitive to recreational anglers.

To get involved, donate, or learn more click the button below and you will be linked to the fundraising page with The Billfish Foundation.

The Billfish Foundation (TBF) was established in 1986 by scientists and concerned anglers who were worried about dwindling billfish stocks and the future of sportfishing. Working worldwide, TBF’s research programs are the backbone of our advocacy and education efforts to ensure that fish stocks are protected and ample sportfishing opportunities are available for future generations. Utilizing both scientific and socio-economic research to show the importance of healthy billfish stocks and their impacts on recreational fishing, TBF works with international fisheries management organizations and governments to increase conservation measures that benefit both fish and local communities dependent upon sportfishing.

Established in 1990, The Billfish Foundation’s Tag and Release Program is the largest private billfish tagging database in the world and the cornerstone of TBF’s conservation and advocacy efforts. With more than 260,000 tag and release reports, TBF receives thousands of tag and release records annually from across the globe and provides vital information for billfish conservation.

The success of TBF’s Tag and Release program is contributed to the dedicated anglers and captains around the globe that voluntarily tag, release, and report their billfish catches. The deployment of traditional tags and the data gathered from recaptured billfish provide valuable scientific data to further understand growth rates, migratory patterns, habitat utilization, and post-release survival rates. Tag and release data also provides valuable information for stock assessments that are instrumental in a time when industrial longlines represent the largest source of marlin mortality. This valuable data, much of it impossible to measure without the use of traditional tagging, provides the groundwork for conservation minded policy, scientific advancement, and gives insight into the demographics and socio-economic benefits generated from billfishing.

As tagging provides The Billfish Foundation with substance for its conservation efforts, TBF recognizes those anglers and captains that tag and release the most billfish each year at an awards ceremony at the Miami International Boat Show. The annual International Tag & Release Competition recognizes members who tag and release the most billfish by species in each of the world’s oceans. TBF award winners are the ‘who’s who of the billfishing world’ and are those that do not just catch and release a great number of fish, but embody and share a common conservation ethic. As captains and anglers on the water represent the first line in billfish conservation, recognition of their efforts provides a means to illustrate the direct link between catch and release fishing and marine conservation. To recognize the efforts of all of its members, TBF also provides release certificates for those that report billfish tags and releases.

For a comprehensive guide to filling out tag cards, click here.

TBF’s educational focus is divided between a strategy directed toward decision makers and another directed toward anglers and the general public.  The most crucial educational challenge is to synthesize and share research/policy facts with decision makers, anglers and others responsible for and interested in understanding billfish conservation problems and possible solutions.  Merely making noise before decision makers is not solution-based.  We find educating reduces reactionary resistance in many situations and generates cooperation and participation.

TBF has made tremendous strides through its public education programs.  Our programs introduce children and adults to the principles of responsible fishing.  By emphasizing the family fun of sports fishing, the beauty of billfish, the important role they play in the ecosystem, and the plight they face, our programs foster a conservation ethic in thousands of individuals around the world.  Our education programs have helped to bring a tide of changing attitudes.

There is a high likelihood that the tuna or swordfish you may have ordered at a supermarket or restaurant sacrificed many billfish in the process. Some fisheries are far better than others when it comes to reducing the capture of non-target species, known as bycatch. It is important to support these fisheries and avoid those that continue to ignore the need for sustainable management.

Although U.S. pelagic longlines and gillnets have high numbers of billfish and shark bycatch, they have strict technology and quota regulations relative to other countries. As a rule of thumb, it’s always safer to choose U.S. caught vs. foreign caught seafood.

Unfortunately, millions of billfish and other highly migratory species (HMS) are caught as bycatch every year by commercial vessels targeting tuna and swordfish. Most commercial vessels deploy fishing gear that cannot discriminate between target and non-target species, such as trawls, longlines, gillnets, or purse seines, leading to bycatch. NOAA conservatively estimated the U.S. Gulf and Atlantic HMS pelagic longline fleet alone caught about 200 metric tons (440,000 pounds) of blue marlin, sailfish, white marlin, and undersized swordfish in 2013. Keep in mind that this is considered one of the more sustainable (large scale) fisheries worldwide due to the U.S.’ strict regulations. Learn more about what you can do to help conserve billfish.

Use the table below as a guide for your next order, and remember that it’s never wrong to ask where your fish was caught or take a closer look at the packaging! 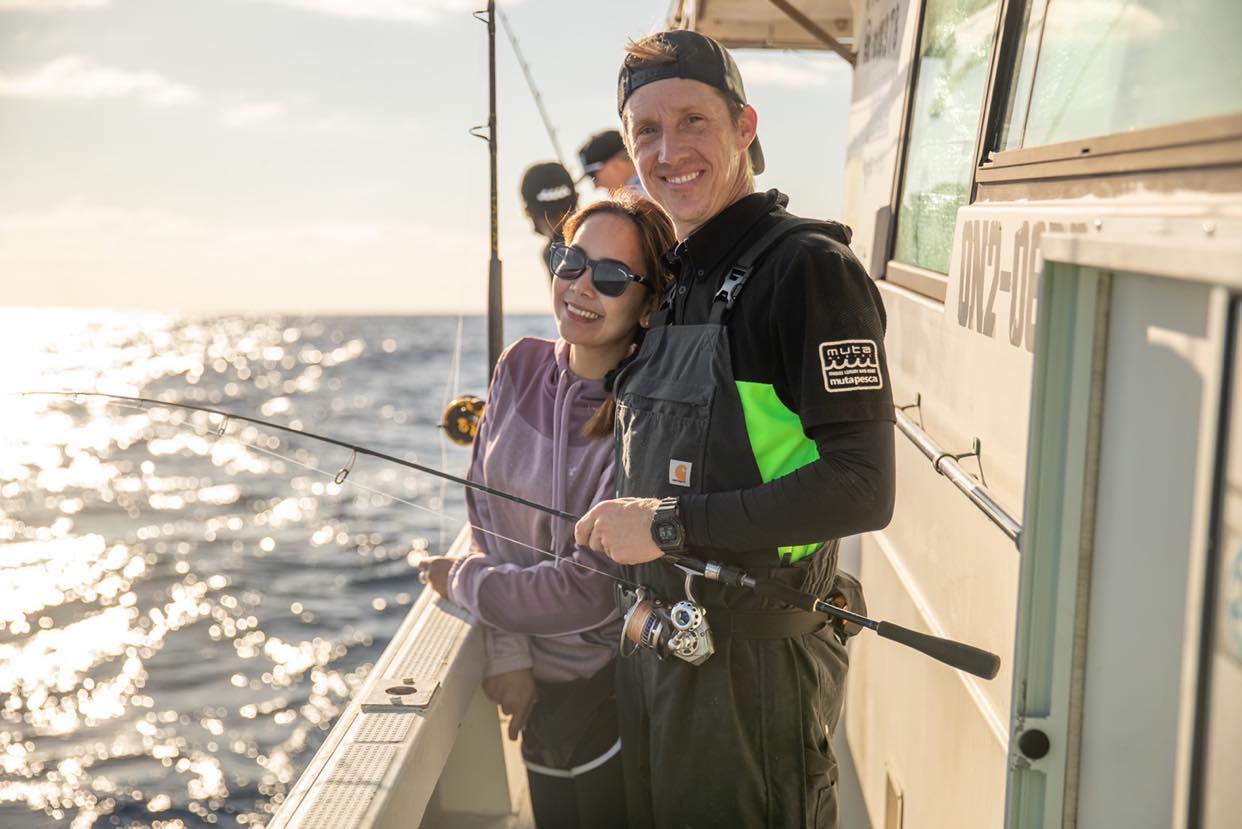 Since 2016, Ryu-Kin Fishing Charters has paired Japanese Captains with American Deckhands in order to provide the ultimate sport fishing experience in Okinawa. Ryu-Kin operates throughout the year targeting a multitude of different species including but not limited to; Tuna, Mahi-Mahi, Rainbow Runner, Skipjack, Wahoo, Sailfish, and Marlin. Whether it’s your first time deep sea fishing, or you’re a seasoned veteran, we can tailor our trips to meet your fishing desires. Get on board with Ryu-Kin Fishing today!

We managed to get one boat out last Sunday despite